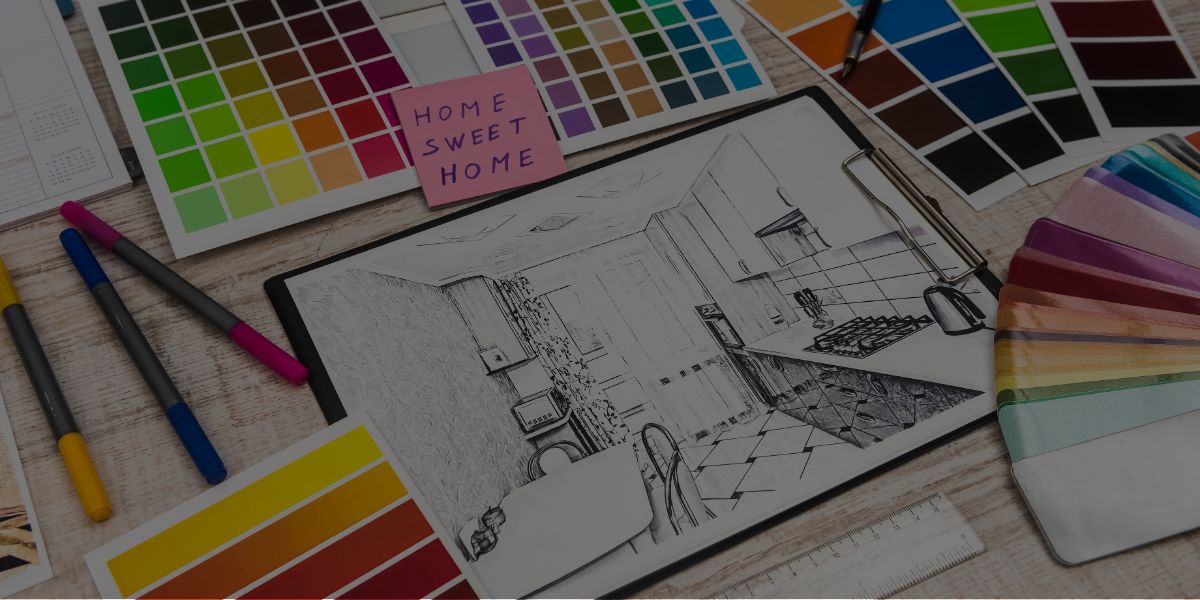 The Difference Between an Interior Decorator and Designer

If you’re reading this article, it’s likely because you dream of a professional career in home design… But you aren’t 100% sure which of the above paths you should be embarking upon.

Read on as we break down the similarities and differences between an interior designer vs. interior decorator. Plus, we’ll walk you through how to get a successful career off the ground!

What Does an Interior Designer Do?

Let’s begin by first taking a look at the role of an interior designer. Interior design is fundamentally about understanding people’s behavior. As a result, one can then create functional spaces within the client’s living space.

As an interior designer, you’ll be responsible for the following regular tasks:

Interior designers are expected, as part of their skill-set, to have architectural training. Moreover, they need to possess an intimate knowledge of floor plans, aesthetics, and space planning. As an interior designer, you’ll often be a part of the team responsible for actually building and/or remodeling your client’s home itself. 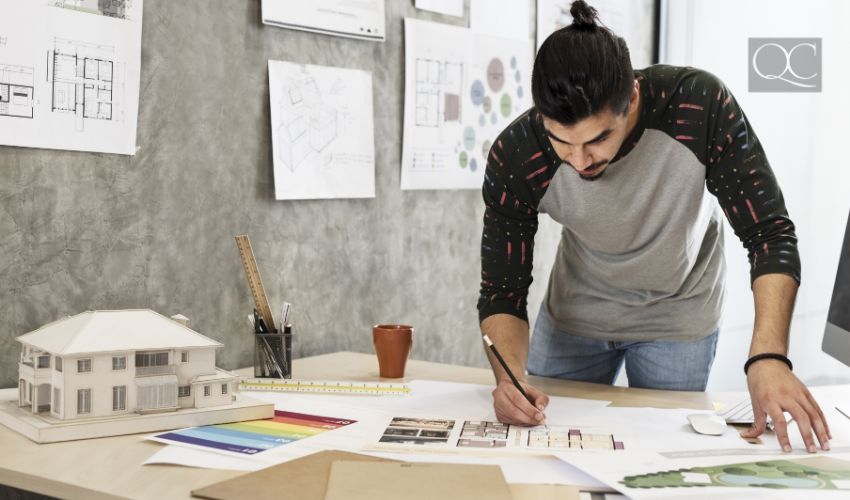 What Does an Interior Decorator Do?

Now let’s take a look at the role of an interior decorator. If you’re someone who’s passionate about color selection, accessories, furniture placement, and generally making a space look and feel its best, then this is the perfect career path for you!

As I mentioned above, an interior designer may lend their expertise in the actual construction of the space itself. But as an interior decorator, your job will be to make that space visually appealing and livable for the client!

As a decorating expert, your job responsibilities will include (but not be limited to):

Did you know that we’ve put together the ULTIMATE GUIDE for becoming an interior decorator? Check it out here!

Earlier, I mentioned that many interior designers can also perform the same duties as an interior decorator. Ultimately, whether or not they actually do depends on the person and their individual goals/preferences. 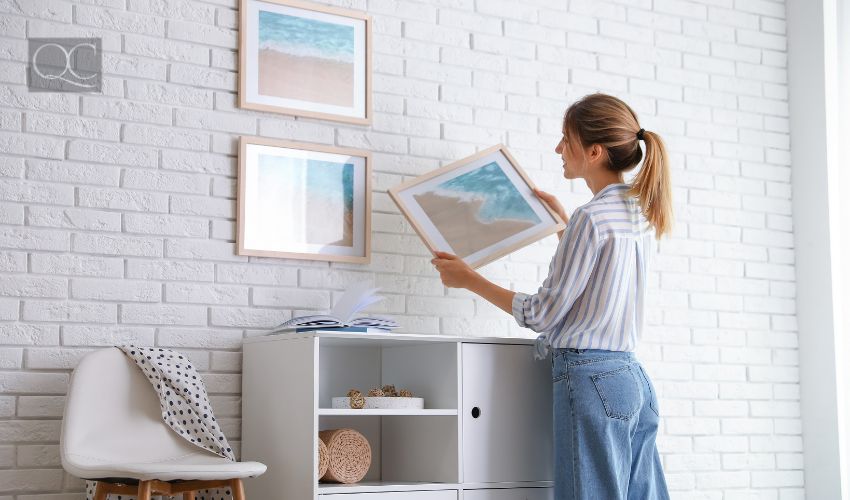 Okay, so now that you understand the difference between an interior decorator and designer, what’s needed for you to actually become either one? Here are 2 critical factors you’ll need to know!

There are strict educational qualifications required to be an interior designer. To legally work, you’ll need to be formally trained and graduate from an accredited design institution. On average, interior design programs typically take anywhere from 2 to 4 years to finish.

Depending on where you live, you might also have to pass a formal exam. This will allow you to become properly registered. Next, you’ll need to get in-field experience. After graduating from your program, it’s standard practice for new interior designers to apprentice with seasoned experts.

It’ll be in your best interest to do this for a period of time. Importantly, you should definitely do this before branching out and starting your own business.

For interior decorators, the whole topic of education is a little trickier. You see, interior decorators don’t deal with renovations or structural planning the way that designers do. As such, formal training technically isn’t required.

However, it’d be a HUGE mistake not to get a professional education as an interior decorator.

Here’s why: if you haven’t been formally trained, you can’t possibly perform to the best of your ability. Furthermore, clients won’t be able to trust in your expertise and it’ll be challenging for you to stand out from the competition.

When you get properly trained and certified, you’re drastically increasing your chances of success. This is because it’ll be marginally easier to book clients, or get hired by an existing design company. You’ll know how to stand out from other interior decorators, accurately set your service rates, and run a thriving business of your very own.

Basically, if you want a long-term career as an interior decorator, it’s strongly advised that you obtain a reputable certification. The good news is: there are all sorts of trusted design schools out there that offer courses specifically on interior decorating, such as QC Design School. And thanks to QC’s self-paced, online learning environment, you can earn your internationally-recognized certification in as little as 3-6 months!

Learn everything you need to know about QC Design School’s Interior Decorating Course and enroll today! 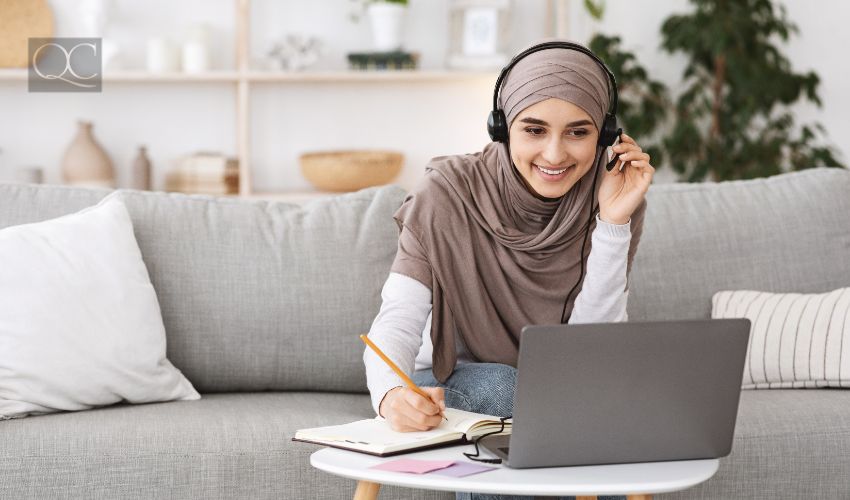 Regardless of whether you want to be an interior designer vs. interior decorator, it’ll be a smart move to map out exactly what you want your career to look like. One way to do this is by determining whether you’d like to specialize in anything – and if so, what that’ll be.

Here are some helpful questions that can help you determine whether you’d like to add a specialization to your skill-set/business (and what that niche might be):

While you can absolutely cultivate a fruitful design career by offering a wide variety of services, there’s also something to be said about having a niche. Niches can make your brand more easily-recognizable. Not to mention, they can help make you more unique in comparison to local competitors!

Should You Become an Interior Decorator or Designer?

As I mentioned earlier, you’ll need to commit anywhere from 2-4 years in an interior design program. Not to mention, after you graduate, you’ll have to do an apprenticeship before branching out on your own. This big of a time commitment isn’t appealing to everyone – and understandably so.

When you pursue interior decorating, on the other hand, you can enroll in an online, self-paced program (such as the one offered at QC Design School). Since YOU get complete control over when and how much you work on your studies, you can graduate in as little or as much time as you need! Furthermore, an apprenticeship isn’t required after you finish your program.

For reference, if you were to train with QC Design School and devote just 1-2 hours per week to your Interior Decorating Course, you could graduate in as little as 3-6 months… Maybe even sooner!

The best part? You’ll walk away with an International Design and Decorating Professional (IDDP) certification + designation to add to your resume! 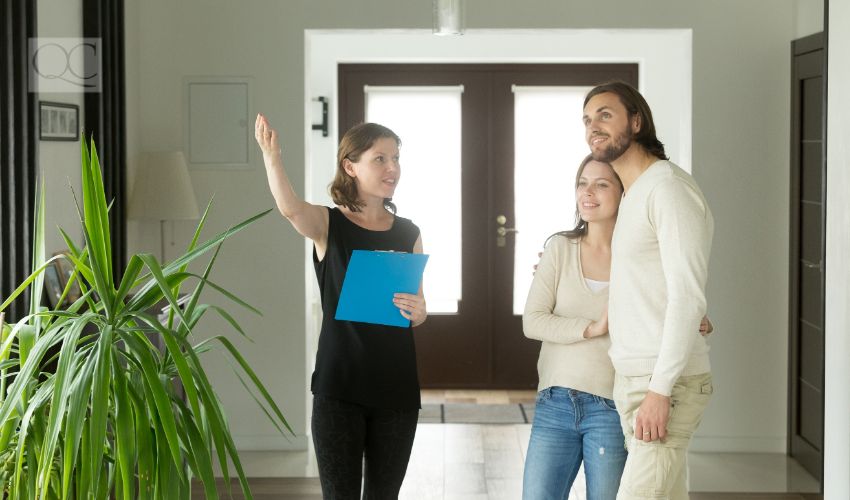 As an interior decorator, the sky’s the limit for where you can take your career, what you want it to look like, etc. For instance, you could join a design business or launch one of your very own! Moreover, you can make this a part-time endeavor (in addition to your existing job) or turn interior decorating into your full-time profession.

And since the focus of your job will be all about decorating and accessorizing, there’s also ample room for you to tailor your services to the types of projects YOU want to take on. Remember that list of specializations we looked at earlier? This is where that also comes in!

With the right mindset and can-do attitude, you’ll never have a shortage of jobs as an interior decorator! Play your cards right and you could start your career in just a few short months, with the capability of offering multiple complementary services to customers.

For instance, you could easily pair your decorating expertise with:

Moreover, if you get trained in e-design, you could even offer your interior decorating services virtually. Thus, you’ll be able to work with clients from all over the world, increase your bookings, turn a better profit, and become known on a global scale!

Fun Fact: QC Design School offers certification courses for ALL of the above design fields. Get the full details here!

Do YOU aspire to become an interior decorator? What are your most important career goals?

Let us know in the comments below!